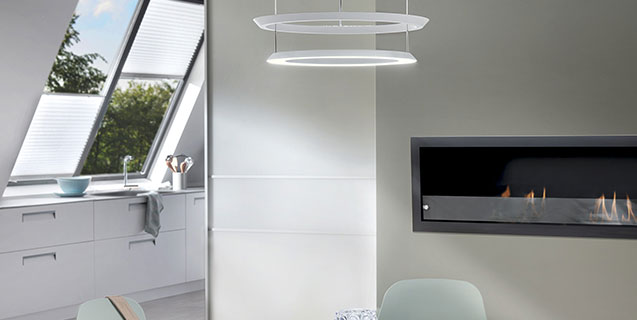 YANO. The perfect blend of playfulness and precision.

The YANO luminaire consists of two separately suspended rings, the distance between them is variable. In the closest setting, the rings nestle into each other and merge into a common form of light.

A simple gesture – probably the most intuitive way to control light. Below the luminaire, a sensor reliably detects the direction of movement and position of the hand. A discreet hand movement is enough to switch the luminaire on and off. If the hand remains under the luminaire for a longer period of time, the dimming function is activated.